Our Mallorcan wines in the famous Guía Peñín | Can Vidalet
30 October, 2019

Our wines from Mallorca in the Peñín exposé 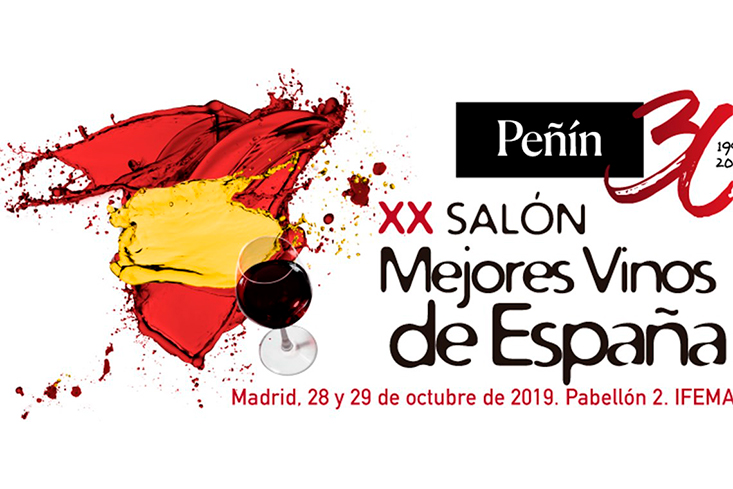 At our winery in Pollensa we are very proud to have attended the Salón de los Mejores Vinos de España, organised by Peñín in Madrid on the 28th and 29th of October, where we had the honour of exhibiting our wines from Mallorca.

The prestigious Salón de los Mejores Vinos de España, the most significant event in the wine making industry, celebrated its 20th edition this year. During the two-day event, 320 wineries presented more than 1600 wines from 67 designations of origin, a record for the largest gathering of high-quality Spanish wines, both nationally and internationally. Among them, Can Vidalet, our winery in Mallorca, was able to take part for yet another year. What an incredible experience!

Also, this year our beloved island was the star of the show, as the newspaper Última Hora confirmed: “Mallorca uncorks its wines in Madrid. The 20th Salón de los Mejores Vinos, by Guía Peñin, declared eight wineries from the island as some of the best in all of Spain, with 40 brands that have scored more than 90 points”. At Can Vidalet, our winery in Mallorca, we are so pleased for our island companions!

This website uses cookies to improve your experience while you navigate through the website. Out of these, the cookies that are categorized as necessary are stored on your browser as they are essential for the working of basic functionalities of the website. We also use third-party cookies that help us analyze and understand how you use this website. These cookies will be stored in your browser only with your consent. You also have the option to opt-out of these cookies. But opting out of some of these cookies may affect your browsing experience.
Functionals
Functional cookies help to perform certain functionalities like sharing the content of the website on social media platforms, collect feedbacks, and other third-party features.
Performance
Performance cookies are used to understand and analyze the key performance indexes of the website which helps in delivering a better user experience for the visitors.
Analytics
Analytical cookies are used to understand how visitors interact with the website. These cookies help provide information on metrics the number of visitors, bounce rate, traffic source, etc.
Advertisement
Advertisement cookies are used to provide visitors with relevant ads and marketing campaigns. These cookies track visitors across websites and collect information to provide customized ads.
Others
Other uncategorized cookies are those that are being analyzed and have not been classified into a category as yet.
Necessary
Necessary cookies are absolutely essential for the website to function properly. These cookies ensure basic functionalities and security features of the website, anonymously.
SAVE & ACCEPT