The origins of wine in Mallorca | Caecilius Metellus | Can Vidalet
25 March, 2020

The origin of wine in Mallorca by Caecilius Metellus 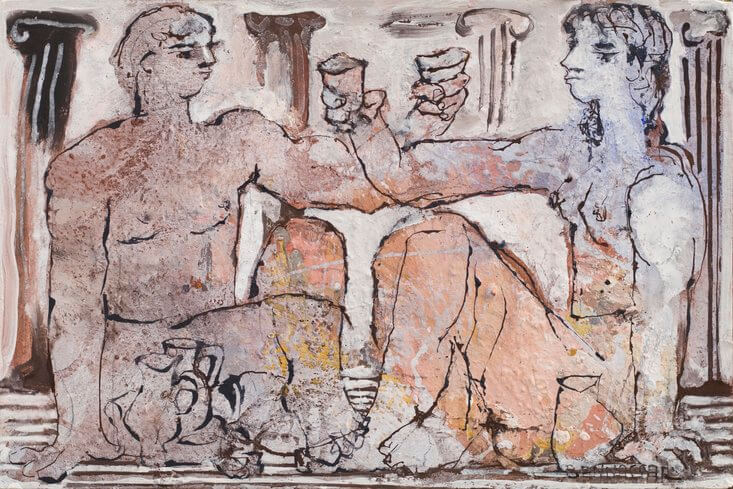 The year 123 B.C. serves as a reference point for the decision of the Roman Senate to intervene on the Balearic Islands, at a historical moment when many changes were taking place in the Republic and a constant power struggle was taking place between the most powerful families while the empire was being sold off to new territories. This decision was taken following the conquest of cities on the Iberian Peninsula in 179 B.C., and the need to have locations that would facilitate control over a new, increasingly larger territory.

The conquest by the recent consul Caecilius Metellus was justified by the appearance of numerous pirates who had established themselves on the island of Mallorca and who consistently attacked Roman ships, causing great damage. Furthermore, strategically, he wanted to increase his army with one of the most valued soldiers of the time, the slingers. A lucky series of events that led the Roman Empire to want to conquer Mallorca and that, in the end, would be the introduction of wine production on the island.

Caecilus Metellus’ intervention in Mallorca led to the creation of two cities; Palma and Pollentia, founded directly by the Quintus who wanted to create sites that could control both the western and eastern parts of the island. This initiative implanted a new political power and established the starting point from the Iron Age to the classical Era, through the so-called “Romanticism process”. Even so, the local roots were still not present in the use of pre-roman buildings, which continued to be predominant many years later, preserving part of the island’s own culture.

The conquest, considered a success by the Roman Senate, provided the possibility of creating a government that was able to maintain law and order by way of law, making the territory prosper in all areas of Mallorca and introduce technology and knowledge of wine production, just as it had been done in other territories of the empire. Viticulture was one of the many benefits associated with the Roman conquest of Mallorca, for which Caecilius Metellus was considered with all the honours in Rome, and for which he received the title of a Balearic.

Can Vidalet and its relation to Caecilius Metellus

The figure of Caecilius Metellus was vital for the economic and social development of Mallorca and represented a before and after in the role that the island played in the Mediterranean. In Palma, for example, we can walk along a street named after him near the city centre, which had witnessed countless stories that have helped to form a city that pays homage to its Roman past.

At Can Vidalet we know that history is part of our present and we have dedicated a whole range of limited-edition wines to Caecilius Metellus, in a production that does not exceed a thousand bottles per wine. Each wine pays homage to the Roman Quintus by spreading its name, such as with Port de Cecili, Dolç de Cecili and the Barros de Cecili. Two new wines have been added to this range: Ancestral de Cecili white, made from 100% Premsal grapes, and Ancestral de Cecili rose, created entirely from Gorgollassa grapes. The incorporation of these two sparkling wines, made using the ancestral method; by means of a single fermentation in the bottle, without adding yeast, sugar or sulphites and in a 100% natural process, aims to give the importance deserved to a vital figure of Mallorca and the introducer of the islands wine culture, Caecilius Metellus of the Balearics.